I recently received a fairly despondent email from a younger magician. Well, younger than me but that’s not hard. He was somewhat disillusioned with how his career was going. Despite being a full timer for some time and with what he thought was a fairly commercial “act,” he felt he wasn’t getting any traction and [...] 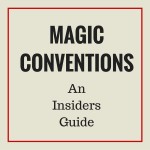 I love Magic Conventions. A real chance to mix and mingle with your fellow pros and enthusiasts, see some great shows, learn from the experts and of course get hands on with the latest shiny new products. I can’t even guess how many I’ve attended around the world over the years. I do go to [...] 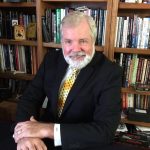 Note from Timothy Hyde I was working on an article for VANISH Magazine on Podcasting and contacted Scott Wells from the long-running MagicWord Podcast. Not only did he provide some excellent tips for anyone thinking of producing one, he provided more than I could possible use in my Ten Little Secrets column. So here [...]

Thrilled to have this contribution from Lior Manor One of the busiest Trade Show and Corporate workers in the world today shares some ideas and lessons learned.

What can the World’s Best Investor teach us about Magic Marketing? 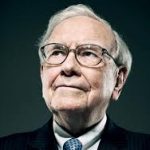 What can the World’s Best Investor Teach Us? I’ve been fascinated with the stock market for as long as I’ve known about it. I ran a “dummy portfolio” competition against classmates when I was at school and since then, when I was finally able to, bought a few stocks on my own whenever I had [...] 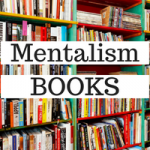 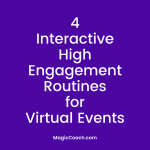 Over the last month I’ve had several emails from people telling me how much fun they have been having using my full Pig Test routine in their Virtual Zoom magic and mentalism shows! The Pig Test interactive routine involves and engages the entire audience, so is absolutely  perfect for any Virtual Show. Now, while I [...]